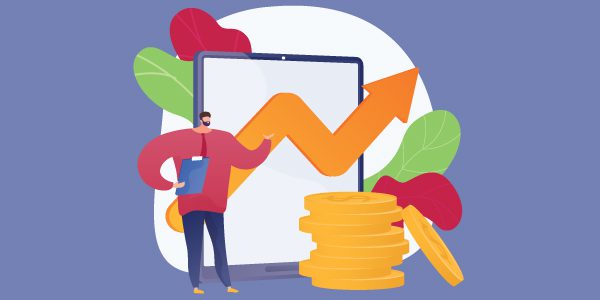 The fact is, we’re running out of time and need to take action. Biofuels could be the answer.

The transport sector is one of the biggest polluters globally, making up 23% of total fossil fuel emissions. In Australia alone, 19% (the second largest contributor) of our carbon emissions comes from transport. While there are electric and hydrogen vehicles slowly entering the market, we have completely underutilised biofuels in decarbonising our transport sector.

Biofuel presents an opportunity for us not just from an environmental opportunity, but from an economic one. Through bringing biofuel manufacturing to Australia, we can kick-start a revolution that will revitalise rural towns, create jobs and make us a world leader in biofuel.

Biofuel is a product of biomass. There are currently two different types of biofuels: biodiesel and ethanol. These two types are part of the 1st generation of two generations of biofuels. The difference between 1st and 2nd generation biofuels is the factor of sustainable feedstock sourcing.

The problem with these sources is that they eventually, upon its proliferation, threaten the world’s food supply.

Meanwhile, these sources are non-edible and therefore won’t threaten the food supply and chain. In addition, there is approximately 7 – 18 billion tonnes a year of lignocellulosic biomass (plant matter) that can be exploited – making it a sustainable source. However, currently 2nd generation biofuels are not commercially viable, and won’t be until 2035.

How Do Biofuels Differ From Fossil-Fuels?

Unlike fossil-fuels, biofuels are renewable sources. Biomass is made up of recent (time-wise) materials as mentioned above. Fossil-fuels, on the other hand, are made up of organisms that have been dead for millions of years. Therefore, it is an unsustainable and finite natural source.

It’s expected that fossil fuels will run out (going at the current consumption rate) by 2060. Which is why there is a need for us to find and use a sustainable solution instead. From an emissions perspective, fossil fuels also emit more greenhouse gases than biofuels. In fact, cellulosic (stringy fibre of plants) ethanol has the potential to cut 86% of greenhouse gases compared to their fossil-fuel counterparts.

Environmental concerns with fossil-fuels saw biofuels peak in investment in 2007. However, the increasing concern and debate surrounding the issue of food versus fuel saw the investment boom taper off.

This had, as observed by IRENA, mobilised state and government studies in the impact of food versus fuel, resulting in the largest markets in the US and the EU to reset biofuel targets. Currently, the US is the largest producer of bioethanol, with 13.93 billion gallons produced in 2020, out of the worldwide total of 26.06 billion gallons.

Sweden is one of the biggest adopters of biofuels with biodiesel representing almost 30% of diesel fuel sold there in 2020. Unsurprisingly, Sweden is a high consumer of biofuels in Europe, which is due to government-mandated incentives offering tax exemptions for biofuels, and placing high carbon and energy taxes on fossil fuels.

Biofuel manufacturing in Australia has been poor. Over the past decade many companies in Australia’s biofuel sector have either ceased operations, been delisted from the market or have changed focus. Australia’s harsh biofuel market has made it impossible for biofuel manufacturing to flourish. Our over-reliance on imported fossil-fuels has placed Australia in a precarious position. But it doesn’t have to be this way!

In fact, we have tonnes of biomass available to us. Western Australian farmers alone produce over 10 million tonnes of biomass waste yearly. Unfortunately, with little government support and subsequent slow rates of biofuel adoption, fuel ethanol only accounted for 2% of Australia’s fuel consumption in 2018.

Additionally, Singaporean-based, Finnish energy company, Neste has been sourcing Australia’s raw material, like animal fat and used cooking oil over the past years. Just this year, Neste’s operating profits rose to 762 million Euros. These kinds of profit numbers indicate that biofuel is a lucrative market; one that Australia is contributing to, but not taking advantage of.

How Can Biofuel Benefit Australia?

For fuel, the majority is imported and therefore we are at the whims of fluctuating global demands and disasters. For example, although Australia is not directly affected by Russia’s invasion of Ukraine in regards to fuel sourcing, the knock-on effect has seen pressure on our fuel sources, reducing supply, which in turn has driven up inflation.

Having our own sustainable source that is made from biomass within Australia would make us immune to these effects, and could turn us into a supplier for other countries.

In Australia, 19% of our emissions are attributed to transport. By switching to biofuels from fossil-fuels, we could significantly drop the pollution emitted by our vehicles. Traditional petroleum-fuelled vehicles release tailpipe emissions with contaminants like; sulphur dioxide, and particulates.

Biofuels on the other hand, have cleaner burnings and therefore produce less of those contaminants. By adopting biofuels we can proactively fight against air pollution in Australia.

Australia used to be a manufacturing hub for a number of industries. In the past few decades, we have shifted a lot of them offshore. With renewable energy being a massive market accounting for $881.7 billion USD in 2020 and expected to grow to $1,977.6 billion USD by 2030; we have an opportunity to bring some of that manufacturing to our shores.

A commissioned report by Queensland University of Technology (QUT) found that by growing the biorefinery industry they could create around 6640 jobs in QLD alone – the majority being in rural communities, by 2035. Additionally, a Government Roadmap report found that 26,200 new jobs could be created across Australia.

Biofuels are predominantly made up of agricultural matter. This would mean that biofuel plants would be built in regional areas, bringing jobs and people to the area. Unlike mining, biofuel is sustainable and is not a finite resource. Therefore, this won’t leave rural areas destitute like in the case with fossil-fuel mining towns. This also provides farmers with more autonomy and eases financial burdens that are faced by the farming community.

Manufacturing also brings money to Australia – and keeps it there. Having bioenergy cultivated and created in Australia is good for exporting. Currently, Australia is missing out on tapping into a highly profitable market. In the US ethanol exports are worth a pretty penny, with 1.3 billion gallons valued at $2.3 billion USD in 2020.

While the US and Brazil are dominating the market (together making up over 80% of production), we could still take a big stake in it. Our close proximity and ties to Asia makes us the perfect provider for their biofuel needs.  It’s expected that demand across Asia for biofuels will increase by 50% over the 2020s. If we can support and grow our bioenergy industry we can become Asia’s first choice for biofuel imports.

For our GDP, a report commissioned by QUT found that biorefinery industry growth in QLD alone could result in an increase of $1.8 billion AUD. Even further, a 2021 Government roadmap has identified the power of bioenergy nationally, in that it could contribute up to $10 billion AUD a year to the Australian economy by the 2030s.

As a party to the Paris Agreement, we have committed to limit the Earth’s temperature increase to 1.5 degrees celsius. To achieve this goal, we have implemented a target to reduce greenhouse gases by 26 to 28 percent less than 2005 levels, by 2030.

As part of our global energy targets, we as a country can meet and exceed them by adopting biofuels. With the transport sector producing 19% of our country’s carbon emissions, we could significantly reduce that through widespread use of biofuels.

Creating a circular economy is a very real possibility with biofuels. Australia’s Bioenergy Roadmap report from 2021, found that we could save 6% of waste heading for landfill by investing in bioenergy. Landfill disposal costs on average between $45 to $105 per tonne of waste in urban areas, and between $42 to $102 per tonne in rural areas. Cutting even just 6% of that would save significant money. Through this we are not only saving and making money, we also are reducing waste that would normally otherwise go into landfill.

In addition, the amount we spend on fossil fuel subsidies is extortionate. For 2021-2022, government subsidy spending surged to $11.6 billion AUD, which was $1.3 billion more than the year prior. The subsidies cost taxpayers $22,139 a minute in the budget year of 2021-2022. Focusing on a more sustainable option that is renewable will save us money in the long run.

Challenges And Obstacles For Australia Adoption

As per usual, the main obstacles at play to expand biofuels in Australia are politics and economics.

It’s no big secret, fossil-fuels are cheap in Australia. Out of the 38 OECD countries we had (including tax) the sixth cheapest petrol and sixth cheapest diesel fuel in December 2021, according to the Australian Institute of Petroleum. It can be difficult to let go when there’s no financial incentive – which we lack due to government support.

As of December 2021, there are no federal subsidies, tax credits, or mandates that support the production or use of biofuels, according to the United States Department of Agriculture. The lack of government support has made it exceedingly difficult for biofuel refineries to get a foothold in Australia. The stats speak for themselves; in the last decade, not one new ethanol facility has been built.

Biofuels are a heavily undervalued resource that can spin the transport and agriculture sector on its head. Being a renewable source, and following the proliferation of second generation biofuels, it can not only help reduce our emissions, but also bring prosperity to Australia. Bringing jobs to regional communities and empowering rural towns are just some of the benefits of investing in bioenergy.

We can create jobs, raise our GDP, become self-reliant, lower our emissions, improve air quality, and lower our spending (especially on finite resources like fossil-fuels). Australia can become a renewable energy leader; however, we seem to fall short every time. Waiting around for someday rather than doing it today.

Australia has a chance to lead in biofuels. Only time will tell if they rise up to the challenge.

What Is Biofuel? How Do Biofuels Differ From Fossil-Fuels? State Of Biofuels How Can Biofuel Benefit Australia? Challenges And Obstacles For Australia Adoption Contact Us 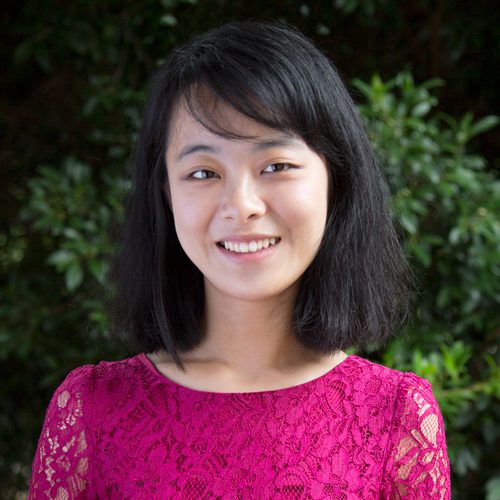